Recent WHS grad living out his dream to help others 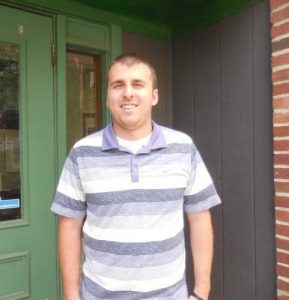 WESTFIELD â€“ Brandon Towle, a 2015 Westfield High School graduate is on a mission to help other youths and teens who stutter.He is the founder and director of Camp Words Unspoken, which will launch in August 2020 with a one week long (6 days, 5 nights) camp session in Goshen as the only overnight camp in New England for youths that stutter.

Towleâ€™s inspiration came from a camp for stutterers that he attended in the Midwest when he was 17 and 18 years old. He was then invited back for two years as a recreation staff member. â€œIt was the first time I was ever in a group of kids who stutter. Throughout my years in Westfield, I only knew one other student who stuttered,â€ he said. According to Towle, one in 1,000 people stutter.

â€œLast summer, an idea popped in my head. It would be a great idea if I opened up my own in New England. When I went to the camp, there was only one other camper from
New England that ever went there. Why not have one here? Come to find out, this will be the first overnight camp for youths and teens (ages 8 to 18) that stutter in New England. There are only about three or four around the country,â€ Towle said. â€œI hope to start small, with 50 or so campers. As it grows, they will be able to accommodate more,â€ he added.

Towle said when he was younger; there were times when he couldnâ€™t say a sentence in five minutes. â€œBeing a stutterer, you can hold back on many things in life; whether itâ€™s something you want to tell a parent, or a friend,â€ he said.

Towle said he had great speech pathologists throughout his schooling in Westfield at Munger Hill, North Middle School and Westfield High School, that taught him to have confidence in himself. He said he is more fluent today, because he worked on his craft at home and at school. â€œI became more confident in myself,â€ he said. Towle also played basketball and was on the track and cross-country teams at WHS, where he built up even more confidence. â€œThere are so many ways you can cope with your stuttering,â€ said Towle, who now coaches golf and basketball at Westfield Technical Academy.

The Midwest camp he went to also helped, where part of every day was spent with a speech therapist; a plan that Towle also has for Camp Words Unspoken. â€œThe most I got out of it was learning from the head speech therapist, learning my own strategies (to take) back home,â€ he said, adding that building friendships was also a big part of his camp experience. 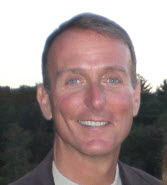 Towle will be graduating after this fallâ€™s semester with a business degree from Holyoke Community College. His goal is to become an account manager at Coca-Cola in East Hartford, where he has worked since graduation as a merchandiser.

Camp Words Unspoken is his dream. â€œItâ€™s a dream of mine to open up a camp and help other youth and teens that stutter in this area. There is nothing like this as an overnight camp. Zero like this around New England,â€ he said.

For the past year, Towle has been working towards his dream. He started at the â€œwayâ€ bottom, filling out form after form. He then found and leased the space from Camp Howe, a 4-H camp in Goshen on the edge of the 1700 acre DAR state forest. 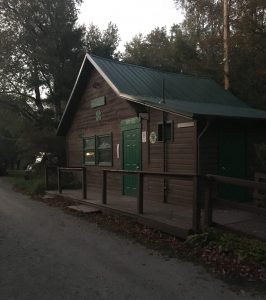 Camp Words Unspoken will be on the site of Camp Howe, the 4H camp in Goshen. (Photo submitted)

Towle also connected with James McNaughton, who will be the executive director of Camp Words Unspoken. McNaughton is founder/director & field instructor for Adventure In Adventure Out, a business offering quality outdoor adventures, experiential education, nature connection, leadership development and team-building throughout the Pioneer Valley. McNaughton had worked with his great grandmother, who was a supervisor of a special needs firm in Springfield.

Towle said McNaughton brings a lot of experience, and cool games like â€œFire by Friction,â€ where campers will learn to start a fire with sticks. The camp will also offer archery, a high ropes course, and swimming in a lake, in addition to learning from certified speech pathologists.

McNaughton says on the Camp Words Unspoken website that he is excited to support Towle in manifesting his vision of creating New Englandâ€™s first overnight camp for youths and teens that stutter.

Currently, Towle is in the fundraising phase of starting the camp, and getting the word
out in general. As a 501(c)3 non-profit, Towle hopes to keep the cost of camp affordable for students. He has a fundraising goal of $10,000 to help with the startup costs. He just started a Go Fund Me page, where the organization is accepting donations at www.gofundme.com/campwordsunspoken. Donations by checks payable to Camp Words Unspoken may also be sent to P.O Box 143, Westfield, MA 01085. Towle said he has also had 10,000 views on his Facebook page at Camp Words Unspoken. He will also be holding a first annual Camp Words Unspoken Golf Tournament at the East Mountain Country Club on Saturday, May 11, and is looking for sponsors. Bill Parks, director of the Boys & Girls Club will be running a silent auction as part of the tournament.

â€œMy goal is to have this camp year after year, and to have it grow every year,â€ said Towle, adding, â€œI do want to thank all of my staff and friends who have been part of Camp Words Unspoken to date.â€ 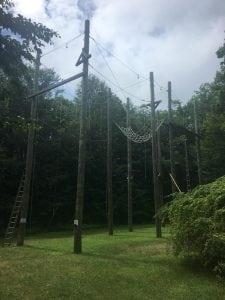 In addition to working on the camp, Towle has been writing his own book on his journey as a young kid that stutters. He said it is being edited, and should be out sometime in May. He has also reached out to Superintendent of Westfield Public Schools Stefan Czaporowski and to Westfield Mayor Brian P. Sullivan, and hopes to speak at some of the schools this year about his camp.

â€œIâ€™m a young person opening my own business. It is good to share my story with them, and be somewhat of a role model for them as well,â€ Towle said.

Right now, Towle is in talks with a team ofÂ  speech pathologists who will recruit
students for the camp. He said he has received invaluable assistance from the National Stuttering Association, and their group of certified speech pathologists.

Itâ€™s not too early to get involved or apply, as registration for the camp will close on March 10, 2020. The camp is also looking for graduate students that have a passion for working with youths and teens and who have completed a college level course focusing on speech fluency. Inquiries may be emailed to campwordsunspoken@yahoo.com, or by visiting campwordsunspoken.org. â€œA lot of youths and teens could use this,â€ Towle said about Camp Words Unspoken. â€œYour voice has to be heard.â€